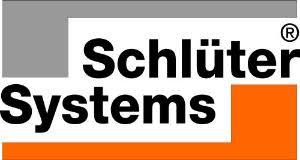 Always one step ahead of the times!

Based on his extensive knowledge of tile assemblies, Werner Schlüter has consistently met the needs of a rapidly evolving industry by developing practical solutions to tile installation challenges. What began as a modest idea has since evolved into a company with over 40 product lines that are promoted in countries around the world.

After having observed a tile setter on his way home from school when he was only 12 years old, Werner Schlüter decided to become a Master Tile Setter. Seven years later, he had completed the required training as an apprentice and a journeyman. In 1966, he established his own tile installation company, Schlüter Tile.

While working on an unusual bathroom project in Germany that included four thresholds, Mr. Schlüter came up with a solution to a common problem. Typically, exposed tile edges were left vulnerable to chipping and breaking. Mr. Schlüter concluded that a metal "L" angle, installed prior to placing tiles, would not only serve as edge protection, but also hide the unglazed edge and provide a straight and clean transition to adjoining surfaces. Hence in 1975, the Schluter-SCHIENE was born—the first in a long line of successful products and systems that have made Schluter-Systems the largest and most innovative supplier in the industry.

Schluter®-Systems has three locations in North America: Plattsburgh, New York, Montreal, Quebec, and Reno, Nevada, as well as six European offices, including its main headquarters in Iserlohn, Germany. With over 900 employees across the globe, Schluter®-Systems is dedicated to creating innovative solutions for the tile industry, and working closely with its network of distributors, dealers, tile contractors, architects, specifiers and other members of the building and construction industry.